I know I haven’t’ been posting about my travels for more than a year now and many has been questioning me already – but Yes! I’m still a Flight Attendant. I still do travel. I’ve been to Cairo-Egypt, Copenhagen-Denmark and Verona-Italy this year and a lot more. It would be the same reason why I haven’t posted anything lately. It’s either I’m busy with photo shoots, gym, too lazy or no time because I always go home to Manila during my long day offs to see the development of the renovation of my Condo unit. 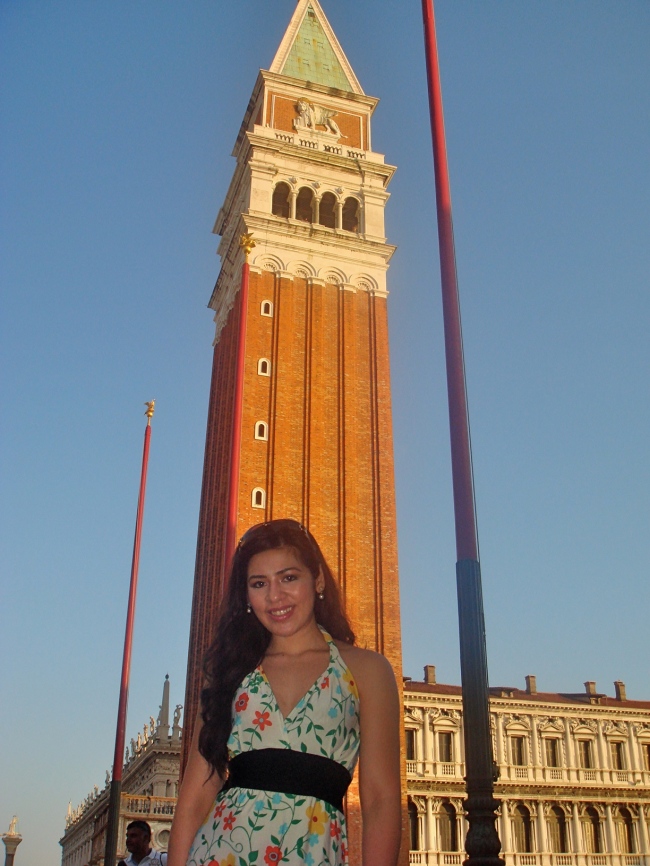 For many, a desire to explore the world is hard to ignore, but for me I’ve always have a desire to see the place whenever I saw it in movies, series or even history book or travel channels. I love places with so much stories. It fascinates me. It makes me want to be in that place wherever it is. Thank God for this flying career that sends me to almost any destination I want. 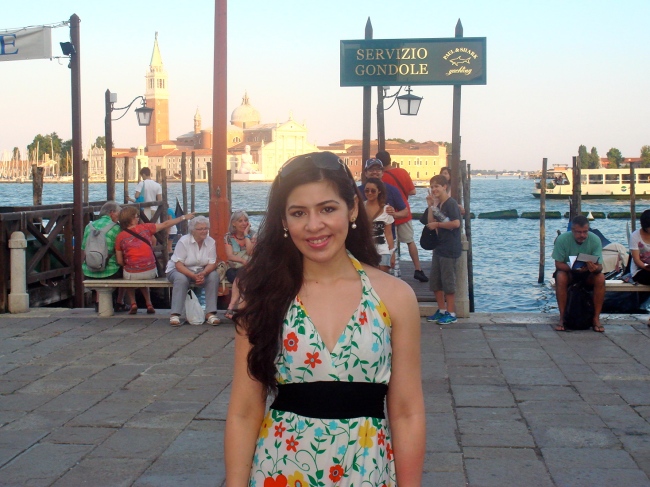 The canals and architecture of Venice make it especially cinematic that made it one of the favorite location for movies like The Tourist- stars Angelina and Johnny Depp in a romantic thriller that takes place almost entirely in Venice. It’s a beautiful look at the city of Venice so worth watching for the scenery and who can’t forget about Venice’s role in Indiana Jones third installment? Venice is one of several locations featured in the explorer’s quest for the Holy Grail. 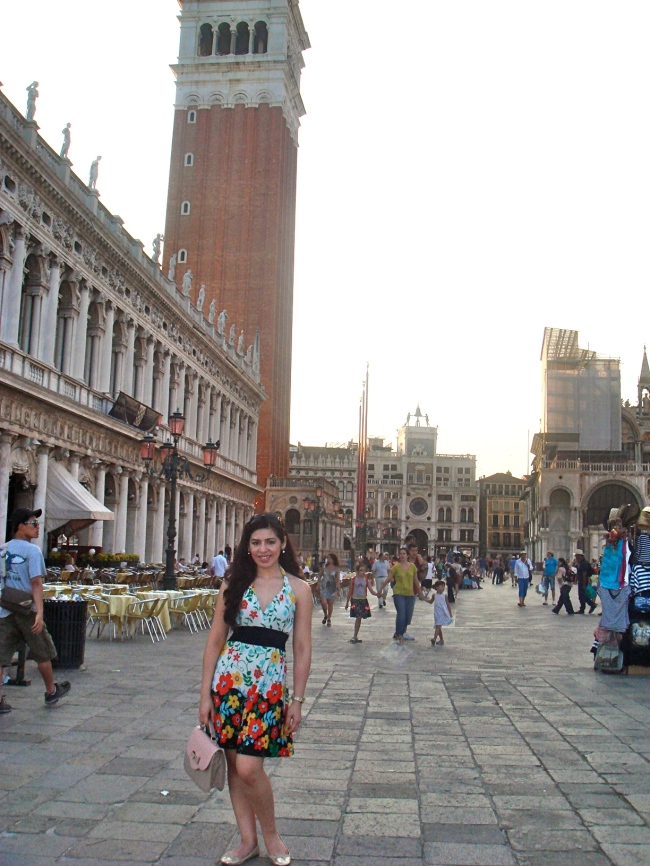 Connecting the districts of San Polo and San Marco across the Grand Canal in the heart of the city, the Rialto Bridge has always been busy crossing in Venice.

The crowd there will convince you that you are at the most famous square of Venice. It is the largest square in Venice and you will see people sitting and enjoying their wine, artists drawing portraits, and notorious pigeons flocking around the tourists. The impressive St. Mark Basilica  is a must-see.

Get down at Rialto Bridge, the oldest bridge to cross the Grand Canal. There are a variety of restaurants here. Have your Lunch and wander about lazily on the streets of Venice. Cross the tiny bridges and have a peek at the real Venice, You will feel that the city seems to exist for tourists alone and most of these houses are either hotels or empty.

*** Again please be aware of impostors and scammers who keep using my pictures! –https://starvillanueva.com/2011/04/30/beware-of-scammers/

Mention the name Verona and you immediately associate it with romance and the tragedy of Romeo and Juliet immortalized in Shakespeare’s works. Now with the release of the movie “Letters to Juliet” The movie,was intriguing recently because it dealt so closely with the romance and intrigue of one of Italy’s most beloved icons, Romeo and Juliet was written by Shakespeare set in Verona.

The house is claimed to be that of the Capulets’ from Shakespeare’s Romeo & Juliet, which is now a big tourist attraction featuring the balcony, small courtyard and also a bronze statue of Juliet. Casa di Giulietta, or Juliet’s House, is located in the center of Verona at via Cappello 23,. Follow the directions to Piazza del Erbe and once you see the graffiti covered sign post and the plaque above the archway, you will recognise it by the number of people inside the courtyard. 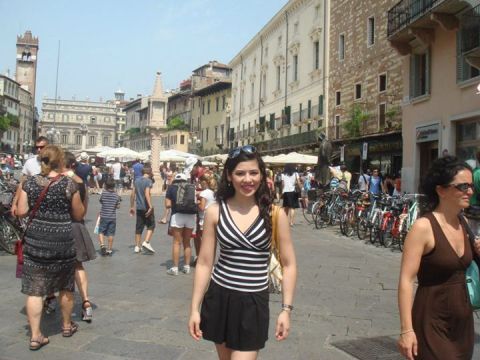 Pass through the short dark tunnel, and you’ll find yourself in the intimate courtyard & Juliet’s Balcony vying for a photo opportunity with fellow awe-struck visitors.

The dark tunnel through which you entered houses a collection of love letter on its walls, left for the secretaries of Juliet to answer. For just €6, you can visit the interior of the house to see the bed from the 1936 Zeffirelli’s movie Romeo and Juliet 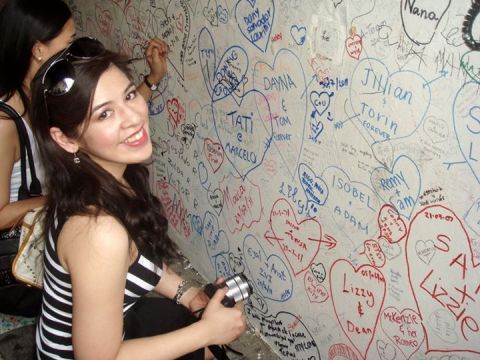 Young ladies write letters to Juliet, often asking for advice in love, and tuck them into the wall. At night, the letters removed and the next day brings another collection of notes and letters. In the movie, it is a group of women who answer each one. In real life, it is a group of volunteers in Verona who make it a point to answer the 5,000 letters that arrive for Juliet each year. 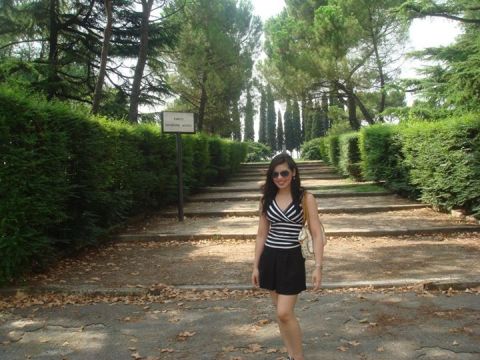 Some of the letters are left in the wall each evening, and others are mailed to Juliet in care of Verona. The group that answers the letters call themselves the Club di Giulietta. These fifteen or so volunteers are divided by languages spoken and romantic expertise.

There is a bronze statue of Juliet located in the courtyard. Legend states that those who stroke the right breast of this statue will have good luck. Many people believe it, and travel long distances to visit.

Juliet’s Tomb – It’s inside the monastery which has been indicated as the place where the final events of the tragedy took place. Lovers from all over the world come to visit this romantic hideout and remember Shakespeare’s great masterpiece.

“Stepping into the St. Peter Square in Vatican is indescribable. I’ve only seen this place in televisions, movies and read about it in books…” My 2nd time in Rome for the month of October! (The last time was Oct 11-13 See the pics here) Only few days gap but the weather changes extremely shocks me! The last time I was wearing sleeveless on a 14-16 degrees Celsius but it was so sunny so it’s still tolerable, but this time I was wearing long-sleeved but I don’t have my jacket with me. I thought it will still be sunny but to my surprise the climate became 9-12 degrees! It was freezing! Ms. Bulgaria, Ms. Philippines, Ms. Nepal, Ms. Algeria and Ms. India (It’s official, I miss speaking in Tagalog!
The last time I’ve flown with fellow Filipina was last September! In my 3 years flying experience, it’s very rare if there’s no pinay mafia on board! hehehe!)The Vatican is the world’s smallest country, independent state, it is an autonomous region despite its close proximity to Rome. It has its own communication network, postal office (stamps), guards and transport system.
I usually preffered to join  2-3 crew, but this time we were 5 in the group but I didn’t regret joining them, we’ve had so much fun & laughter! Our tour begins waiting each other in the lobby of the hotel around lunchtime then took a cab, (I love the idea of riding the public transportation and walking on the neighborhood of the hotel. It gives you the real atmosphere of the place) went to Aside from being the heart of the Catholicism, it is also equally attractive to other tourists since Vatican is home to one of the world’s most spectacular art collections. St. Peter’s Square is the one of the main destination in Vatican City. Situated right in front of St. Peter’s Basilica, it is the central nerve of the Vatican. Every day, hundreds of Christians, Catholic pilgrims and tourists of all stripes came here to visit this popular tourist attraction. I felt holy being here! The exterior of the Roman Colosseum is made entirely of travertine, stretching 527 m around and four stories high. The arches of the second and third stories were originally filled with statues. There were 80 entrances, with the two principal ones reserved for the emperor and his entourage. We’re craving for authentic Italian food, fortunately the 2 restaurants that we’ve been for lunch and dinner fulfilled our expectation. The pasta was cooked to perfection and the sauce is compliments the pasta delightfully then had a gellato and cappuccino afterwards.
See The Rest of the Tour Pics Here: